MLP 018: You Can Choose How To Conduct Yourself In A Meeting

Do you know how to conduct yourself in a meeting? How about your meeting team? Are they aware of their behaviour and how it affects others?

In MLP #18 you're going to learn how to answer these 3 powerful questions:

And once you understand yourself, then you can ask the other people on your team these questions.

When you do this you will be amazed, because as soon as everyone becomes self-aware then you can have the most productive meetings ever! 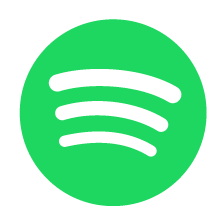 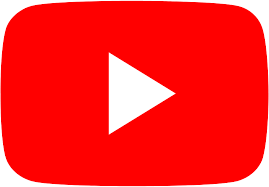 (4:30) Self-Awareness Exercise How you can try it and apply it

Are you a professional who wants to become a more effective leader? Then get ready for daily tips from the coach with the experience and inspiration to help you succeed in any leadership situation. You're listening to the Meeting Leadership podcast with Gordon Sheppard.

Welcome to another episode of the Meeting Leadership podcast. I want to say thank you so much for spending some of your valuable time here with me today to learn how to build your leadership skills and also learn how to run highly effective meetings. Now if you're enjoying the show, please take a moment to hit the subscribe button because that's really, really valuable. Also, if you want to rate and review, we'd really appreciate it and I'd be happy to read some of those reviews out here on the show itself.

Now, I don't know how your meetings are going right now, but in today's episode, whether they're going poorly or going well, if you take on this concept and actually apply it, it's going to be a game changer, and it'll make your meetings way more productive and way more profitable, because the theme of today's episode is that you can choose how to conduct yourself in a meeting. This is a critical concept for you and your teammates. I can tell you it's one that I didn't always grasp, and I wish I had earlier in my career because there was a big stretch there where I worked in a large corporate setting.

Back in about 2004, I can tell you there's a bunch of stuff that I didn't like that was going on at work, but one of the specific things that I didn't like was the weekly staff update meetings. Those for me were just 90 minutes a week that I wish I could get back. It's just not my nature to conduct meetings in that way, but that's how they ran them around that time, and I didn't like all the personal things that were said during that time. I thought there was a lot of out of bounds things and things that weren't related, but it doesn't really matter what I thought, because really in that situation, I was an employee and really my obligation should have been to go to those meetings and do my best. I wish I'd known how to conduct myself in a meeting at that time, but I can tell you I was the guy who was huffy or stonewalling or unprepared. I regret it now, but it's a big reason and motivator to help teach you this key concept today. I also have to admit that one of the worst things that I did coming out of those meetings was complain. I would complain about those meetings to anybody that would listen. You now what I did that was really not a good thing? I would complain to my wife, I mean not once, twice, I mean over and over again for probably a year and a half.

One day, painfully and thankfully, thankfully in the kitchen, in our house in 2004, it was in the spring. I was complaining about these things, and my wife looked at me, and she said, "Shut up." Now, of course I was shocked, but it was like getting a shake, shaking me out of that complaining rhythm. I can tell you if you're spending more time complaining about meetings than the time that you're spending in meetings, there is a big, big problem. Now, when I connect that moment to the moments right now when I'm teaching meeting leadership skills, I can see a direct correlation because that was the moment when the seed was planted. That was the moment when I started to take responsibility.

Thanks for listening to the Meeting Leadership podcast. Be sure to subscribe for more strategies to help you become an outstanding leader. Don't forget to rate and review so we can bring you fresh content every day. We'll see you tomorrow right here on the meeting leadership podcast. 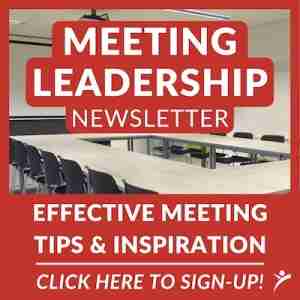